Tom & Leola Hansen have loved Arabian horses from the time they were both children. Tom got started riding and showing horses by his Mother, Janet, as a way for him to build confidence and self-esteem. It all started for him in 4-H before the 3 of his brothers joined him. His mother & brothers, Jan, Eric & Chris, piled in the pick-up truck attached the horse trailer and spent their summers riding at Arabian horse events throughout the pacific northwest and Canada. They were a successful family at the shows with a National Champion Gelding and Reserve National Champion Western Pleasure horse, “Star Sirza”, to their credit.

Tom knew that he wanted a career with horses so headed off to pursue veterinary medicine. Leola purchased her first pure Egyptian Arabian mare in 1992 and she moved her along with two other Arabians back to the northwest after living in Los Angeles for 15 years. Tom met and married his now wife, Leola, after treating her mare who had laminitis. This mare went on to be the best trail horse Tom ever had.

The Scottsdale Arabian Horse Show was an annual event for Tom and Leola. In 2003 they got caught up in the excitement and decided to breed their mare to Psymadre. That resulting colt was later put into training under saddle. During one of her visits to check on the training process, Leola spotted a beautiful black gelding that she fell in love with and purchased. Renamed JOH Cassis, in honor of Tom’s Mother, Janet O’Leary Hansen. Tom & Cassis went on to be top ten in the AAOTR Hunter Pleasure every year with a Reserve National Championship in 2012 and a National Championship in 2013. Tired of only being the cheerleader, Leola soon followed Tom into the ring in 2009. Justin Cowden, now their trainer, had a mare in training from RO Lervick Arabians that Leola tried out at the Santa Barbara Show. Tom said that he didn’t see the ride, turns out he was hiding under the bleachers looking through and shaking his head knowing that the two of them were meant to be. Adding to the roster of horses owned by the Hansen’s.

When Cassis was retired in 2014 FVF Bucarrdi came into our lives and we have been in awe of this boy from the second he laid his eyes on us. We dream of the contributions Bucarrdi can bring to the Hunter and possible Western pleasure world with his sweet disposition, incredible motion and huge heart… he is always game. And of course garlands adorning his beautiful chest always make our hearts pound with pride.

Because of his love for the Arabian hunter pleasure horse Tom Hansen was appointed to the board of directors for the Arabian Hunter Pleasure Association. For more information about this new association visit: www.arabianhunterpleasure.com 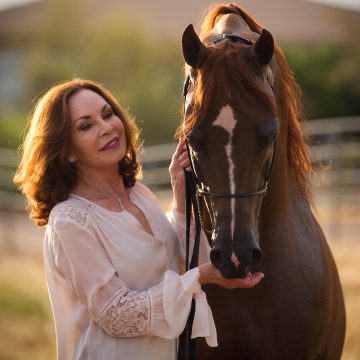 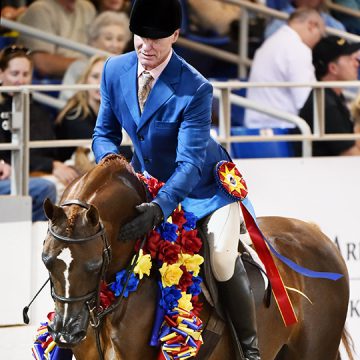 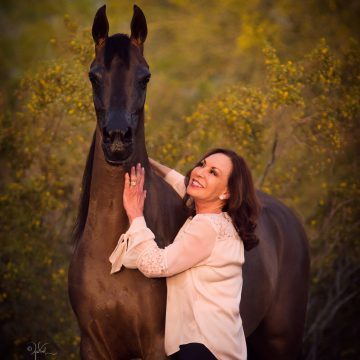 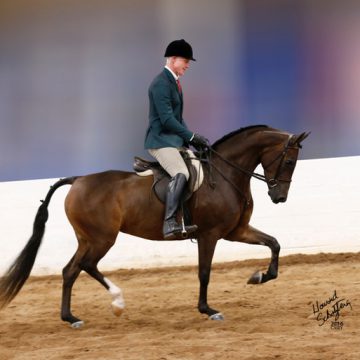 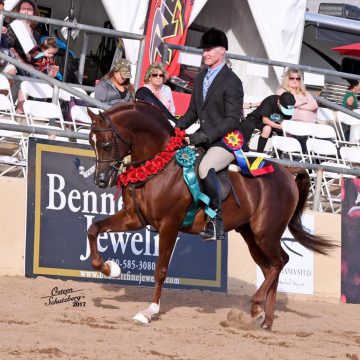